As an independent school, St. John’s Parish Day School is governed by a Board of Trustees whose members serve the school on a voluntary basis.
Governance

The Board of Trustees is responsible for the following:
Stewards & Cheerleaders. As stewards, Board members guard the school's human, physical, and financial resources. As cheerleaders, they embrace the school's mission, promote the school in the larger community, and support the school's development efforts.

Visionaries. Board members see the school's current reality with clarity, deeply understand its mission and potential, and think toward the future. They see the school as a whole (even as their vision is informed by their particular experience of the school) and understand it in a larger context. In a way, Board members are more focused on how the school could serve their grandchildren than on how it serves their own children today.

Active Planners. Board members create a strategic orientation or plan and use it as a living document to keep them focused on goals (and not personalities, passing crises, or minutiae).

Collaborators. Board members work extensively with one another, with committee members from across the school community, and especially with the Head of School, whom they hire, evaluate, and support. Authority is vested in the Board as a whole, and each Trustee must support the decisions of the Board and respect confidentiality.

Finance Committee– Develops and monitors the long-range financial plan and annual budget of the school and oversees the endowment, audit, and financial policies of the school.

Development Committee – Oversees all advancement activities of the school including fundraising, marketing, communications, and enrollment management.

Buildings & Grounds Committee – Oversees all aspects of the campus grounds and physical plant, including monitoring the cleaning service as a joint schoo/church committee.

The Board of Trustees pursues best practices and often refers to standards set by NAIS, the National Association of Independent Schools, which publishes these Principles of Good Practice for a school's Board of Trustees.


Meet the Board of Trustees 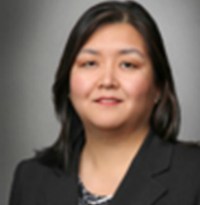 Chenwei Wang
Board of Trustees, Chair
Born and raised in China, Ms. Wang came to the United States at the age of 18. Ms. Wang received her B.S. in biochemistry and molecular biology and M.S. in applied molecular biology from the University of Maryland, Baltimore County as well as her M.S. in computer science from Johns Hopkins University. Prior to attending law school, Ms. Wang worked for several years at the Johns Hopkins University School of Medicine and the National Human Genome Research Institute. She co-authored multiple research papers in scientific journals such as Nature Genetics, Journal of Cell Biology, and Developmental Biology.
After receiving her J.D. from George Washington University Law School, she served as a law clerk to the Honorable Gerald Bruce Lee at the U.S. District Court for the Eastern District of Virginia. Ms. Wang worked for a large U.S. law firm focusing on litigating patent cases before the International Trade Commission and patent infringement actions before federal courts. She also supported the firm’s FCPA and Global Anti-Corruption practice, including assisting clients with anti-corruption due diligence for global M&A transactions, including China. Ms. Wang is a member of the Virginia State Bar and the District of Columbia Bar.
Stuart Work
Board of Trustees, Vice Chair

Stuart Work has extensive experience as a Head of School and educator at various independent schools across the United States. He has served on many notable Boards including the Association of Independent Maryland Schools and Mid Atlantic Episcopal Schools Foundation. Stuart graduated from Bowdoin College in Maine with a degree in Biology and English. Afterward, he joined the United States Peace Corps and taught for two years in rural Liberia, West Africa. His first role upon returning was as a middle school science teacher at Glenelg Country School, which was then a K-8 school.
From Glenelg, he went to the National Cathedral School (NAS), where he stayed for twenty-one years and taught high school biology and a range of middle school sciences. Then he served as the head of the middle school at NAS for thirteen years and later became head of Washington Episcopal School (WES), N-8 school in Bethesda, in 2001. During his time at WES, he helped start the Bishop Walker School for Boys and was on the search committee to choose the new Bishop of Washington. After ten years at WES, he became the head of St. Matthew's Parish School in Pacific Palisades. He concluded his working career with a one-year interim headship, at St. John's Episcopal Parish Day School in Tampa, Fl. 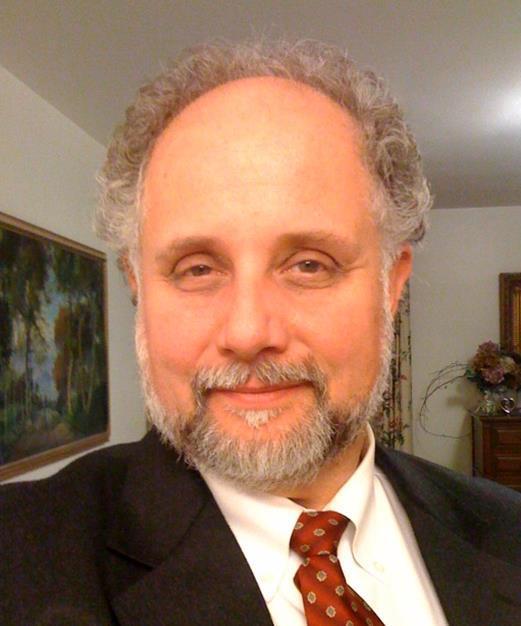 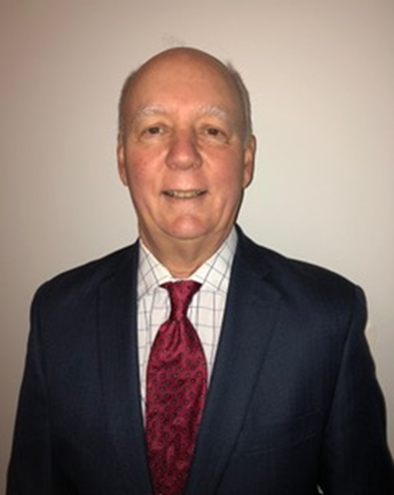 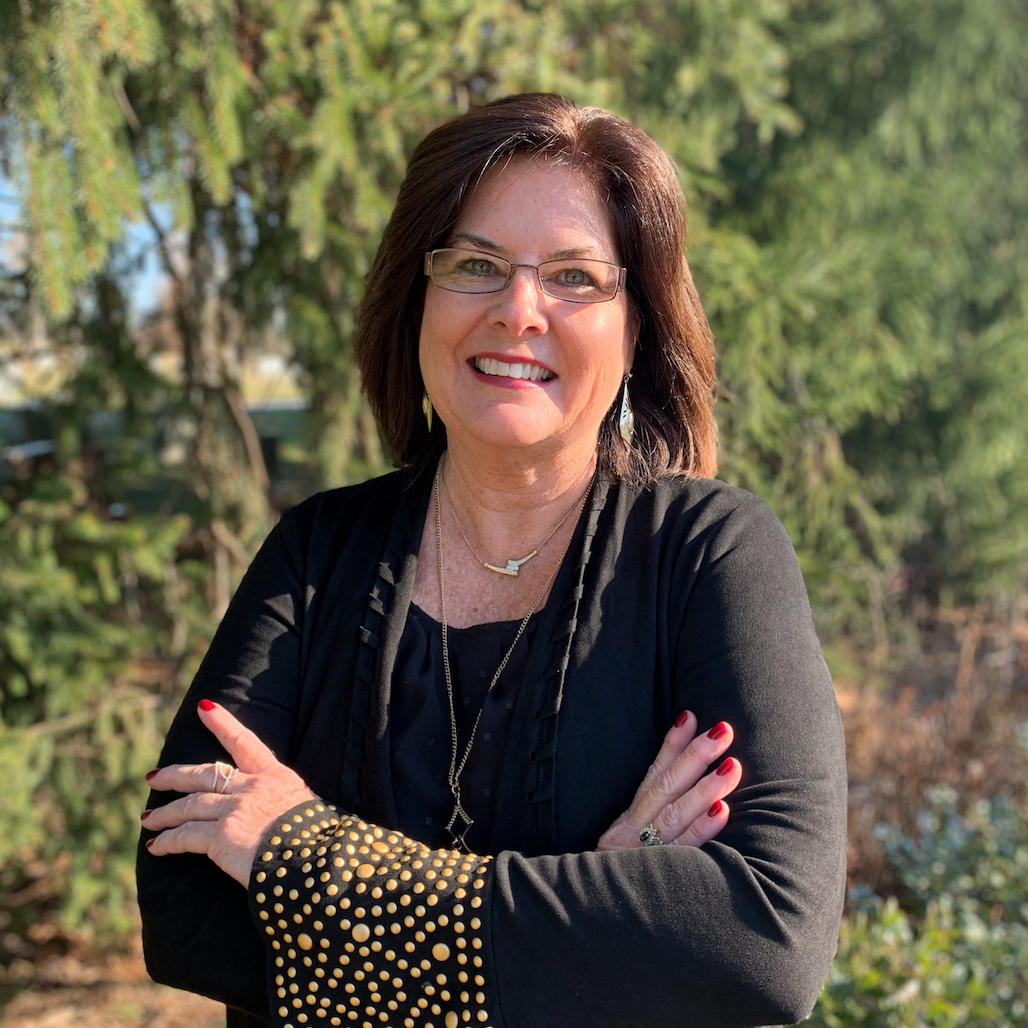 Lori Dembo
Head of School
Board of Trustees, Member

As an experienced early childhood and elementary educator, she is committed to educating the whole child with joy, grace, integrity, and respect for all. Witnessing children embracing their learning and becoming responsible members of society is both a precious gift and a call for Lori.

Lori holds a Masters of Education in Teaching and Curriculum from Penn State University. “Intelligence plus character – that is the true goal of education.” Dr. Martin Luther King

The Rev. Ann Ritonia
Rector of St. John's
Board of Trustees, Member
The Rev. Ann Ritonia is from Boston, Massachusetts and has her BA in Music Education and performance in Euphonium from The New England Conservatory of Music. Ann also holds an MA in Gerontology from Webster University in St. Louis, MO. She served 17 years in the United States Marine Corps and Marine Corps Reserves. She has sung with professional choirs in Oklahoma and Virginia, been a guest conductor for the Loudoun Symphony, taught junior and senior high school band and choral music in the Diocese of Oklahoma City schools and has been a Music Minister and teacher. Ann graduated from Wesley Theological Seminary with an M.Div., completed a year of Anglican Studies at Virginia Theological Seminary as well as two units of Clinical Pastoral Education most recently at the West Haven CT, Veterans Health Administration. Ann is also a Lily Foundation Preaching Fellow 2016/2017.
Ann Loves all aspects of ministry especially worship, preaching, mentoring youth and young adults, teaching, pastoral care, collaboration, and sharing ministry. She is also active in community affairs serving on the Poolesville Area Senior Commission, Montgomery County Emergency Spiritual Care Givers Response team, is an active member of the Poolesville Interfaith clergy fellowship, and previously served as Chaplain to the Orange, CT Volunteer Fire Association and as Chaplain to the Town of Orange Emergency Management Advisory Committee. 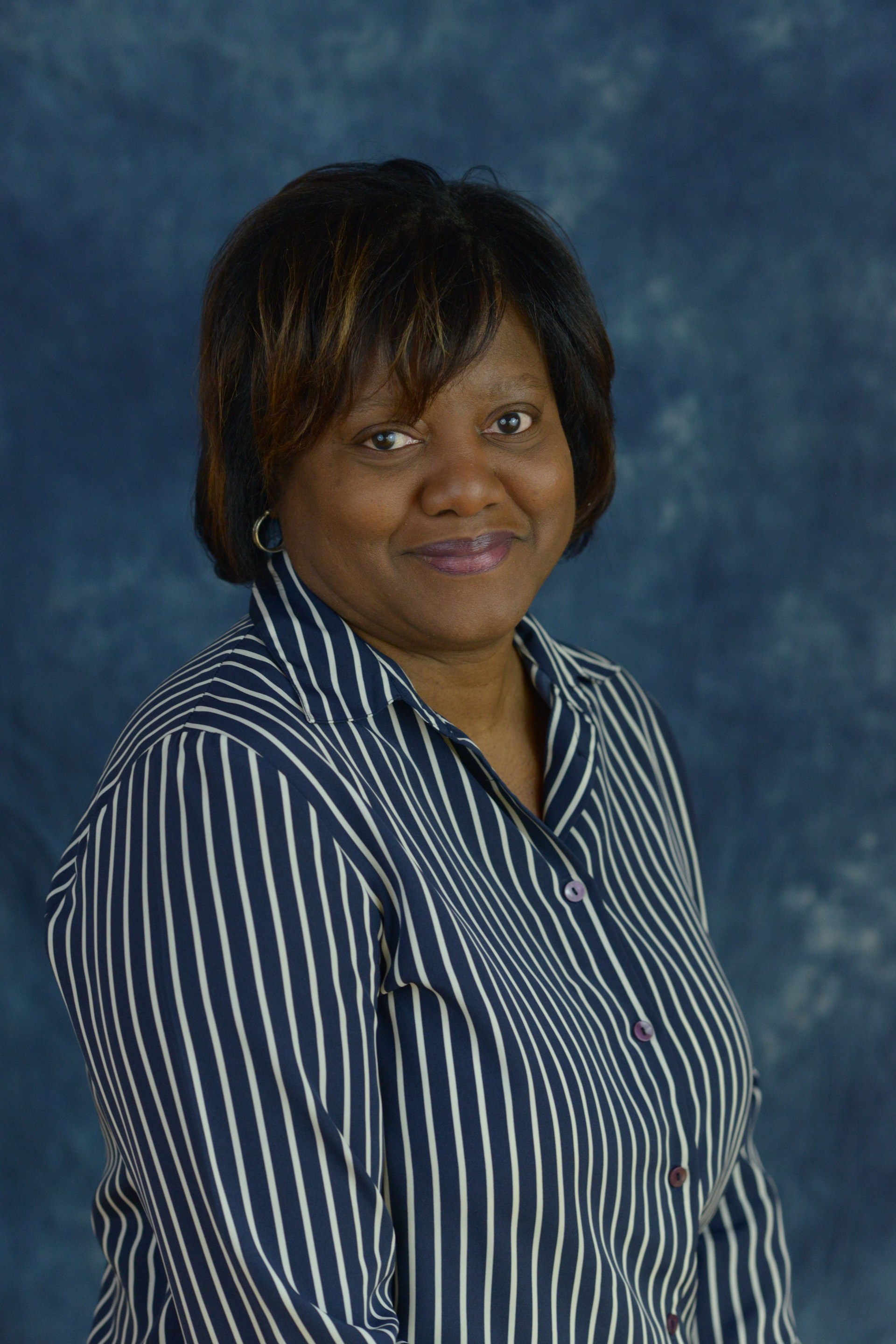 Kathy CarterBoard of Trustees, Past President
It is an honor to serve as President of the Board of Trustees for SJPDS. When asked to join the Board I was thrilled to give back to this wonderful school, which provided an enriching and wonderful education for my daughter. I have 19 years as an administrator for the public school system. Nine of those years were at Pre-K to 8th-grade school, while also serving as the administrator liaison for the only Judy Center in Howard County serving children from birth to age 5. Before becoming an administrator, I taught special education for students in Pre-K to 5th grade in several schools in the county.

"Knowing yourself is the beginning of all wisdom"--Aristotle 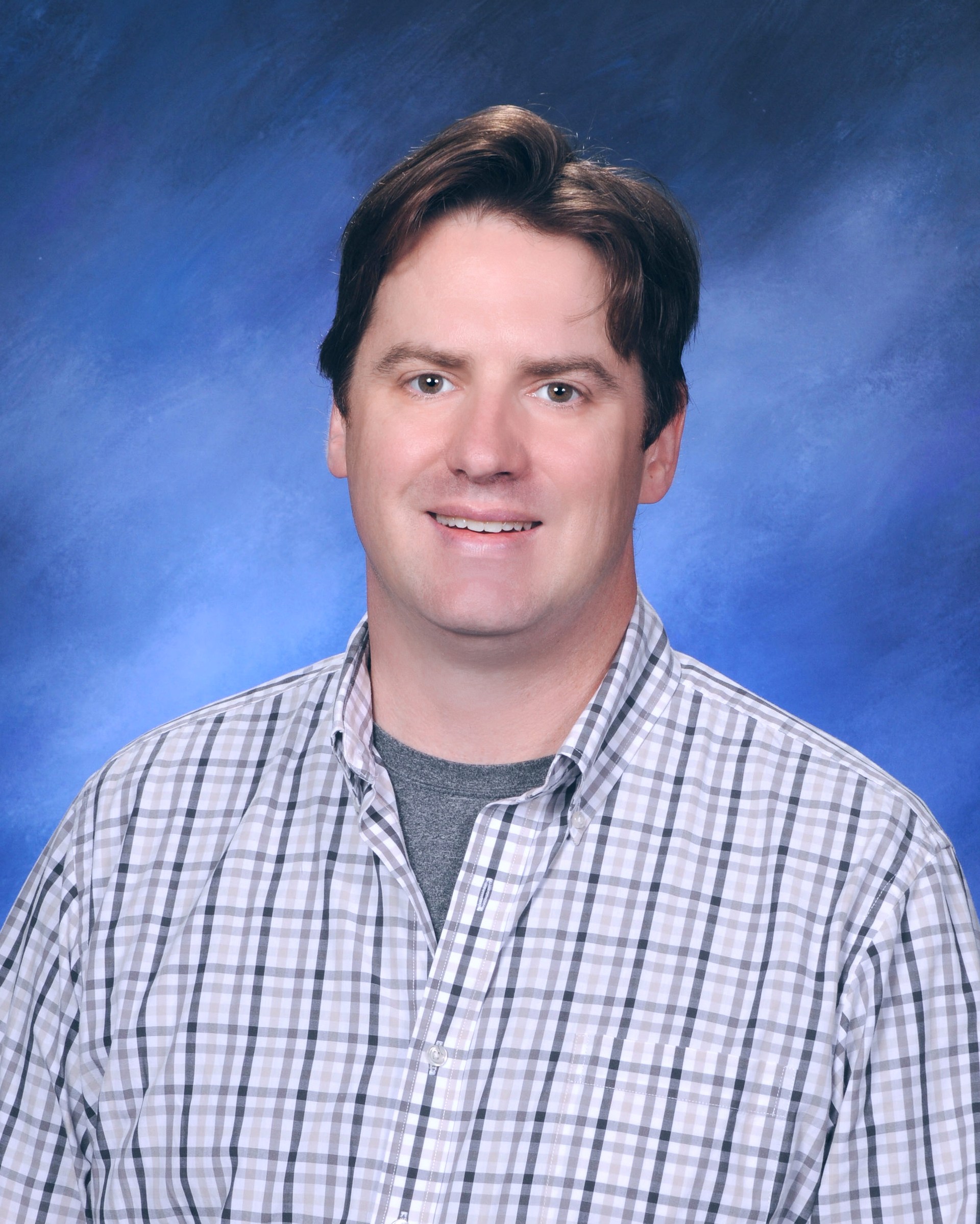 David Hale
Board of Trustees, Wise Beyond Consultant
David Hale has been a resident of Ellicott City for ten years and Howard County for 17 years. He is a lawyer by training, and he works for TD Ameritrade as their Chief Privacy Officer and Associate General Counsel for Information Protection. His group handles legal questions regarding both handling of personal information and protecting other information assets of the company, such as patents and confidential information. He also handles legal issues related to social media. David received my law degree from the George Washington University Law School and my undergraduate degree from Rice University.
David and his family began coming to St. Johns about four years ago after searching widely for a church home that felt comfortable with the right combination of spiritual growth, opportunities for children’s education, and welcoming community. Since then they have become involved mostly through programs that involve the youth but also participate in other programs. 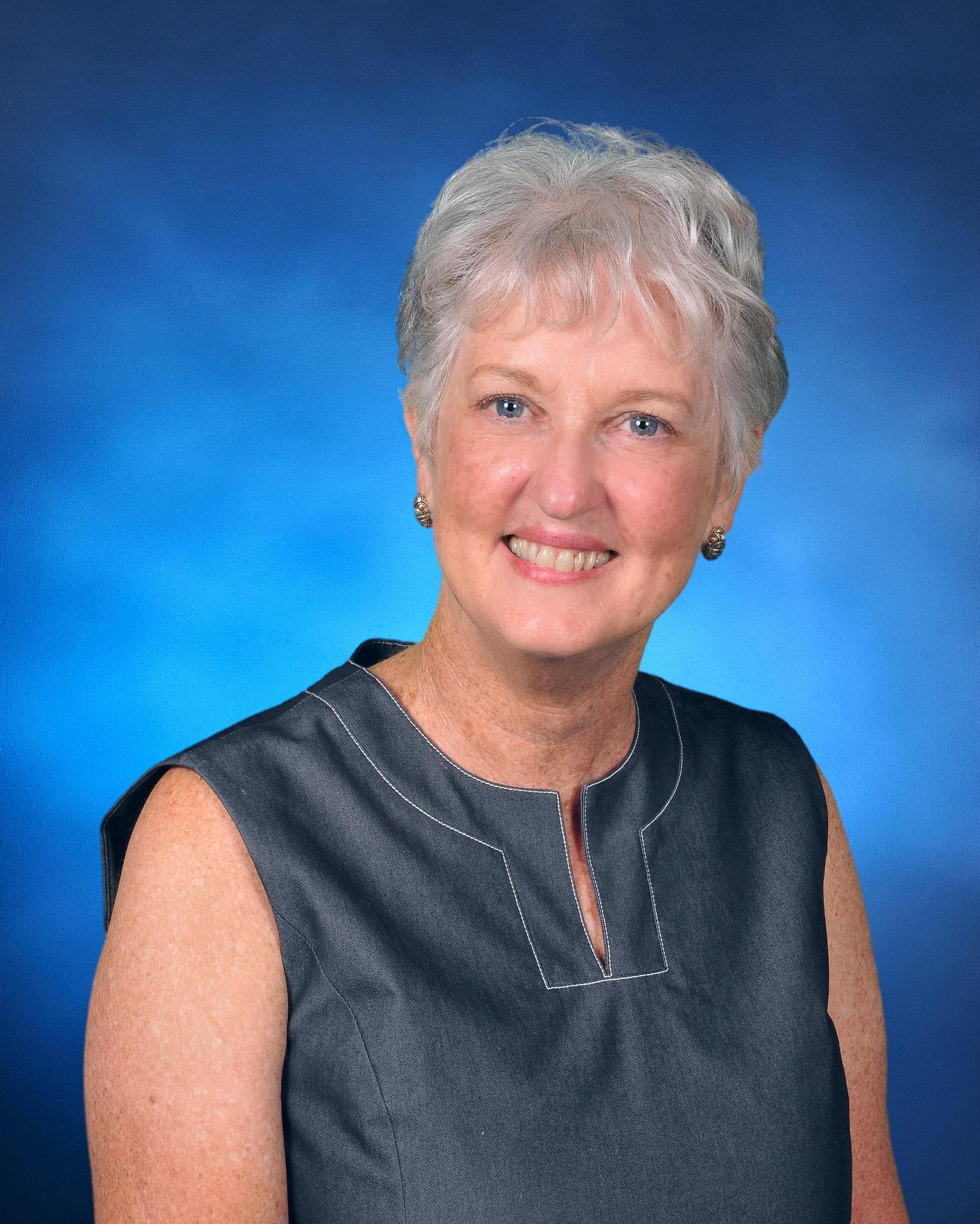 Sally Goss
Board of Trustees, Member

Sally Goss has been a parishioner at St. John’s Episcopal Church for 25 years. She has served twice on the Vestry and this is her third term on the Parish Day School board. She was an educator for 36 years and was retired from the Howard County Public School system in 2015. Currently, she is an educational consultant in elementary mathematics for a local firm, a national company, and local independent schools.

She established the George M. Kingsley Scholarship in 2002 for the St John’s Parish Day School in honor of her late husband. 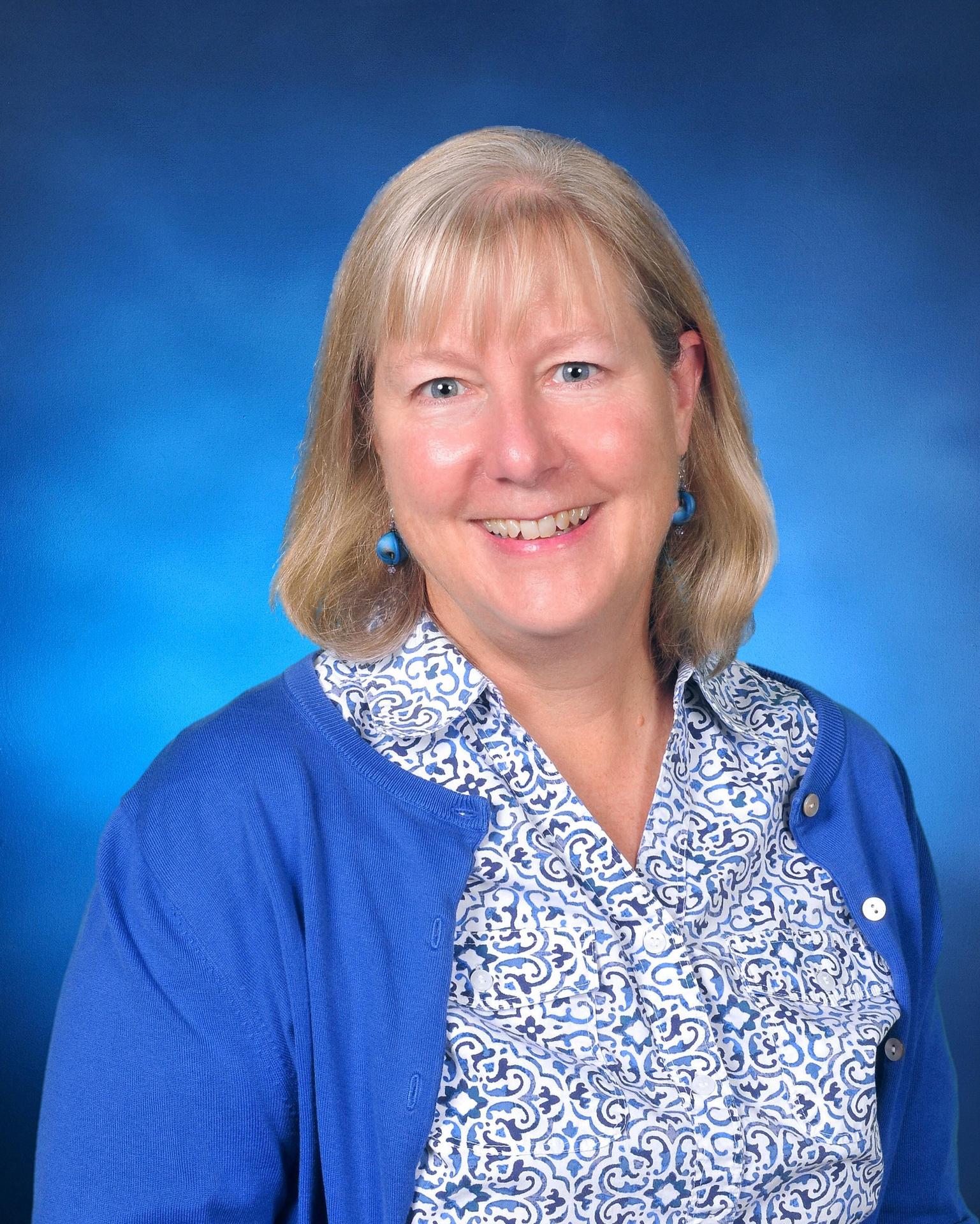 Sharon Runge
Board of Trustees, Member

Dr. Sharon Runge is Executive of Kenya Connect, a non-profit working to strengthen education in rural Kenya. Sharon holds a Ph.D. from NYU and an MA from Boston College in Higher Education Administration and a BS from the University of New Hampshire. Early in her career, Sharon worked in a variety of positions in Higher Education Administration at Johns Hopkins University, Spalding University, and Ithaca College. She served as the first Director of Development at St. John’s Parish Day School.

Sharon and her husband, Michael’s, children both attended and graduated from SJPDS. They credit their children’s academic success, curiosity and quest for knowledge to St. John’s. Both children are in University (Emma a senior at Cornell) and Roan (BA Oxford, MA Glasgow University and starting their Ph.D. at Cambridge, Gates Scholar, in January).

Nancy Mason
Board of Trustees, Member 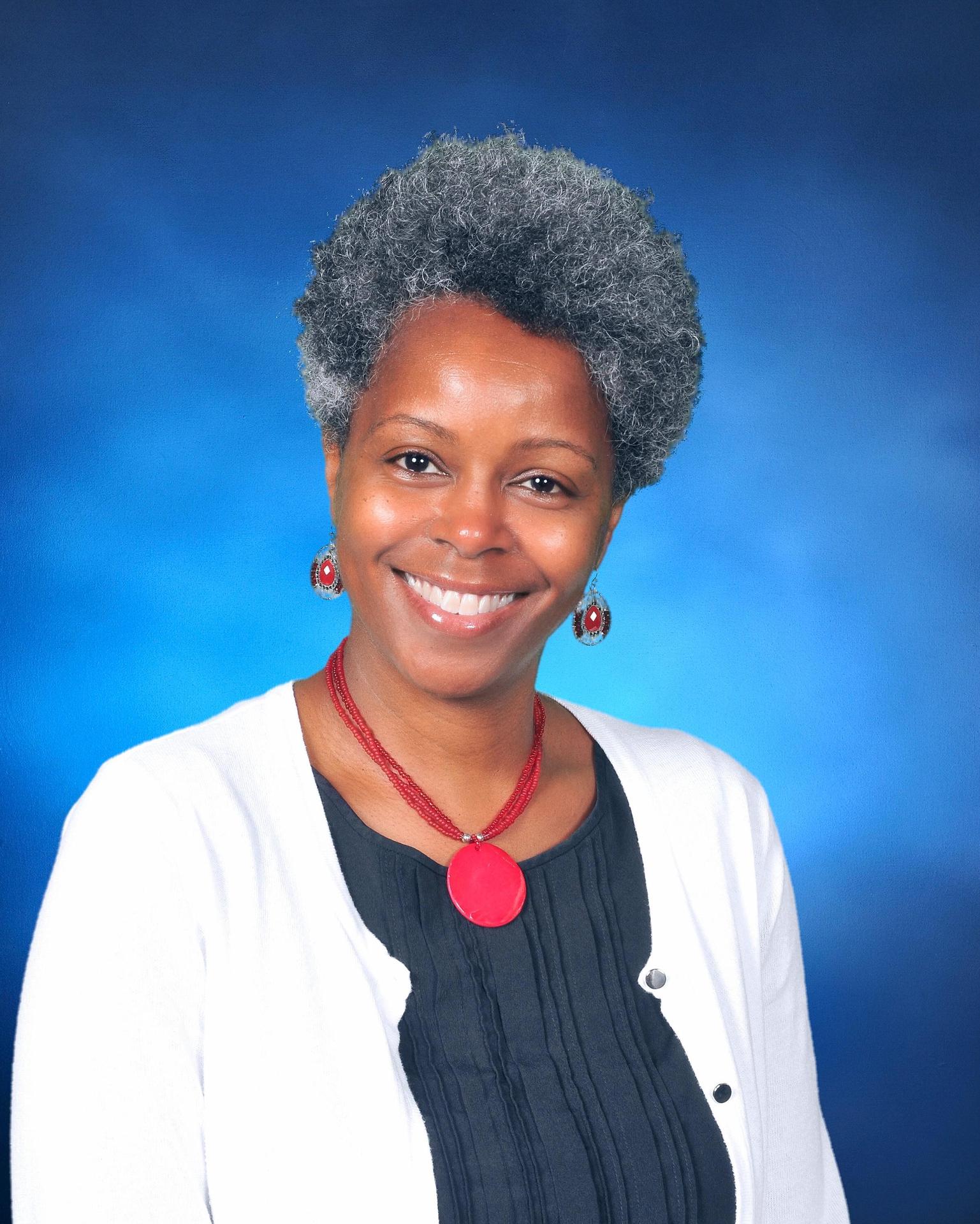 Amy Laster
Board of Trustees, Member 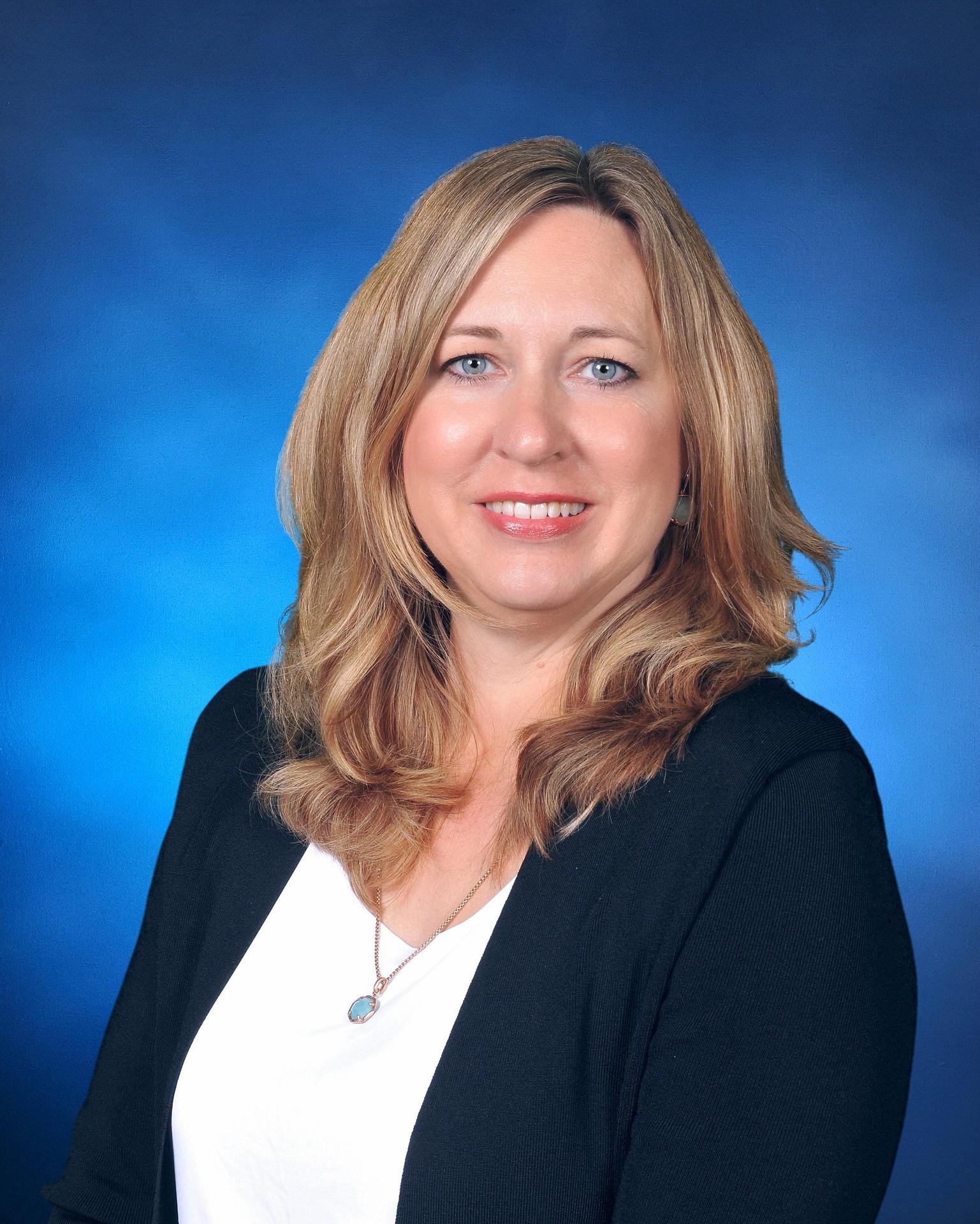 Anna Loomis
Board of Trustees, Member
Anna Loomis is a native of the Washington, D.C. area and is a graduate of the Peabody Conservatory of the Johns Hopkins University (M.M., G.P.D.) as well as the Virginia Commonwealth University (B.M.). After a time as a classical singer, she turned her career interests toward healthcare and now she serves as a leader in designing and creating new software solutions in the healthcare analytics space as a Senior Product Manager for CVS Health. Anna and her family have made St. John’s their church home since 2005, and her two daughters were graduates of the SJPDS Lower School in 2013 and 2015. She has served the St. John’s community as the Chair of the Common Life Commission, a member of the Vestry, and now as a Journey to Adulthood Youth Leader. She has a keen interest in finding ways to unite the St. John’s community and provide the best tools and community supports for the students at St. John’s Parish Day School.
Jillian Tullock
Board of Trustees, Member
David Blair
Board of Trustees, Member
Annette Hinkle
Board of Trustees, Member